We have completed the research and found out how the letters in the Soviet passports (and удостоверения личности, personal IDs, and in ZAGS birth certificates) were assigned over the most part of the XX century. A couple of months of fruitless archival research finally brought some Real Historical Gems.

It turned out that the 1974 series passports (which remained in use until 1999 and were not technically made invalid until today) were assigned regional two-letter series with the effort not to duplicate the 1934 series logical design — this way it seems that the 1974 series are very chaotic, although they are not.

We should try to make it into the book and the online database some time by the end of this year. Should somebody wishes to volunteer to help us with (mostly) database design, we will appreciate the effort. 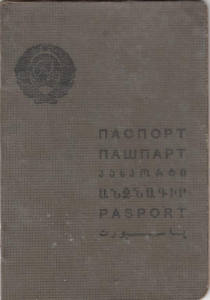 Want to discuss this? Need help with old historical documents? We are ready to help. 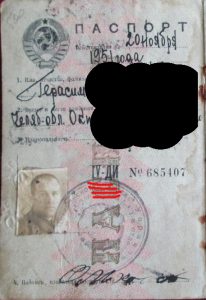 Those underlined letters we were after.

This passport series IV-ДИ was from ~1938 to ~1974 assigned to Chelyabinsk region. Which matches the writing on this passport page. The 6-digit number is also valid one.